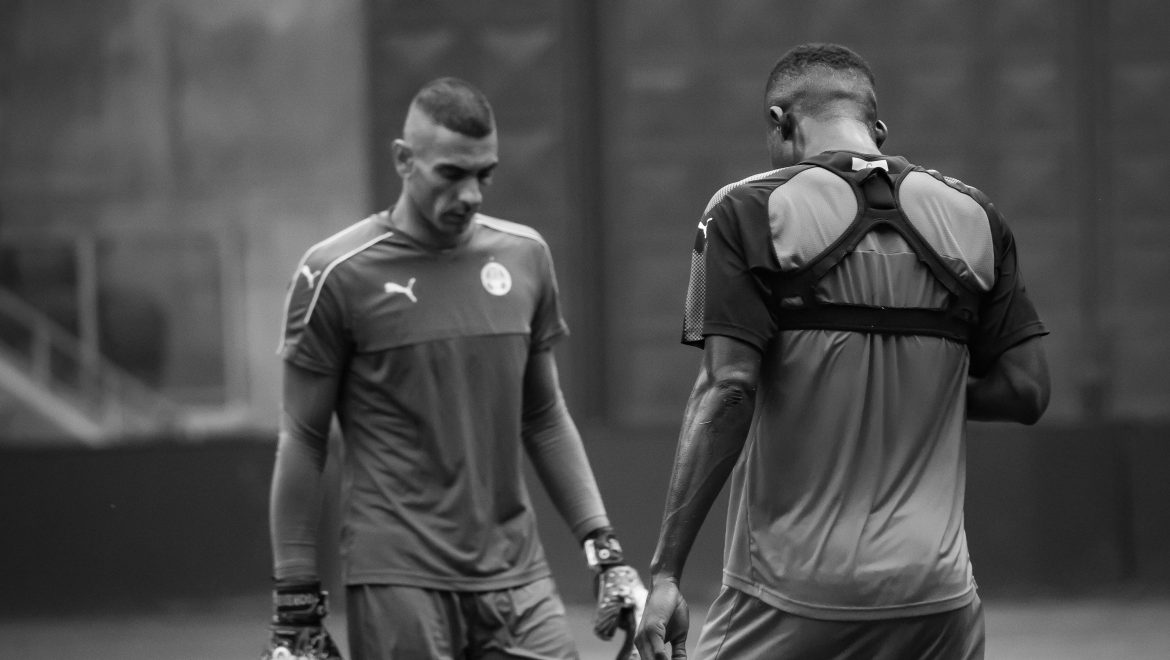 (Why most talented footballers underperform on game day, even though they look like stars in practice?! (And 7 ways to perform at your best under pressure

How come in practice it’s working for me but not at the game?

The most important question is: how to apply your ability from the training ground to the actual game?

There isn’t a day that goes by that I’m not asked this essential question:

“How is it that I perform brilliantly during practice but different during game time?”

“But I did it perfectly during practice

Every shot went in, every pass was accurate,

I was first at every ball, I enjoyed every minute of it

Why is it that during the game I don’t come close to perform at that level of ability?”

We have the assumption that by making a few good passes during practice, it will be reflected during the game.

For the brain, practice and game time are two completely different events/things!

The reason for that is quite obvious

During the game the circumstances are completely different than they are in practice.

Our brain is not ready and not trained for these circumstances

During the game there’s a lethal combination between the demand for results and pressured conditions.

Certain conditions that involve pressure that you just don’t have during practice,

An opponent , that wants to win just as bad as you do

Knowing that there isn’t a second chance

This makes for an entirely different experience

Than we have during practice.

Don’t get me wrong,

In practice, if i lose the ball, it’s not a big deal.

In a game, on the other hand, if I lose the ball and my team concedes a goal because of me, I could be sitting on the bench for six months/warm the bench.

In practice it doesn’t matter if I have a terrible miss in the last second of the game in front of the goal.

In a game situation, a miss like that can be the difference between winning the championship and coming in second place.

The moment we need to act during a game and perform under pressure in front of everybody’s gazing eyes,

Our body experiences that moment as a totally different event/thing.

The fear of screwing up takes over, as if we just started playing football/newbies/brand new to football.

To keep it simple: When you have a goal in front of you ,it’s a totally different ball game.

All of a sudden you have something to lose

When we have something on the balance scales, we tend to go back to our survival instincts,

And we start to play it safe, play with the intention for not losing,

This hurts our performance

Gametime situation is the least practiced event you train for.

If you’re not performing at your highest level during the game it means you’ve made the mistake that causes footballers to fail in their careers – neglecting the mental aspect!

Most players train hard – only on the wrong muscle. They invest 90% of the week for training the physical aspect (their legs), and only leave 10% at best for mental training (their head).

During gametime the rules are reversed, what determines whether you perform at your highest level during a game is your mentality, not your physicality or skill.

We train between 7-10 sessions of training per week,

during those sessions we don’t train for the most important thing: which is the actual experience of pressure and how to deal with it.

That’s why so many footballers show up at the game but do not perform at their highest level, they don’t come close to showing their natural peak performance that they display during practice, or when playing in the neighbourhood.

Every week you’re missing out on the most important aspect of your training, which is training your MENTAL ABILITY to perform under pressure.

Relax, you don’t have a professional issue,

If during practice you’re succeeding 90% of the time, but in a game 10% of the time – there’s no professional issue, it’s in your head.

So stop working harder than you’re already doing during training, because you’re probably wearing yourself out and coming to the game physically exhausted.

The key to your improvement is in one place – your head.

The game has mental rules of its own:

As an international mental coach for elite athletes

I can say that there’s one thing

That ultimately works for footballers who succeed

In reaching the highest levels of the game

And staying there for many years,

They are able to fully bring their “A game” (their ability) from the training ground to the actual game, and recreate that peak performance again and again, over and over, even in front of a stadium audience of 50,000 people.

They perform with the same ease (=playfulness) and enthusiasm , just like they did when they first started playing when they were young.

Combine that with the passionate/crazy energy that exists at those rare moments when your performance is out of this world/unreal and extraordinary.

The optimal/peak performance happens to them without relying on what’s happening on the field or the scoreboard.

But I’m here to help you, not just bring you my insights. Therefore I have built for you a quick and focused mental program which includes all these tools. This program is just like the system I use with the players I work with on a day to day basis.

In the coming year, you are going to undergo a personal (empowering) process that will improve your performance mentality at the moments of truth, it’s the most important parameter of your success during actual game time.

Here’s how this is going to work:

You’re going to have me speaking to you directly through a short series of videos. These videos are tailored specially for you, they will help you achieve breakthroughs in your footballing career and break your personal records.

This course is an advanced self managing tool, first of its kind, to help you develop the mentality of performance, tailored to have you prepared, happy and full of confidence at the most important moments of the game. In order for you to shine at the game itself, and not just when you’re training with the guys. [that’s the secret of the big time players].

This course will allow you in a surprisingly short time to:

Get all the details here