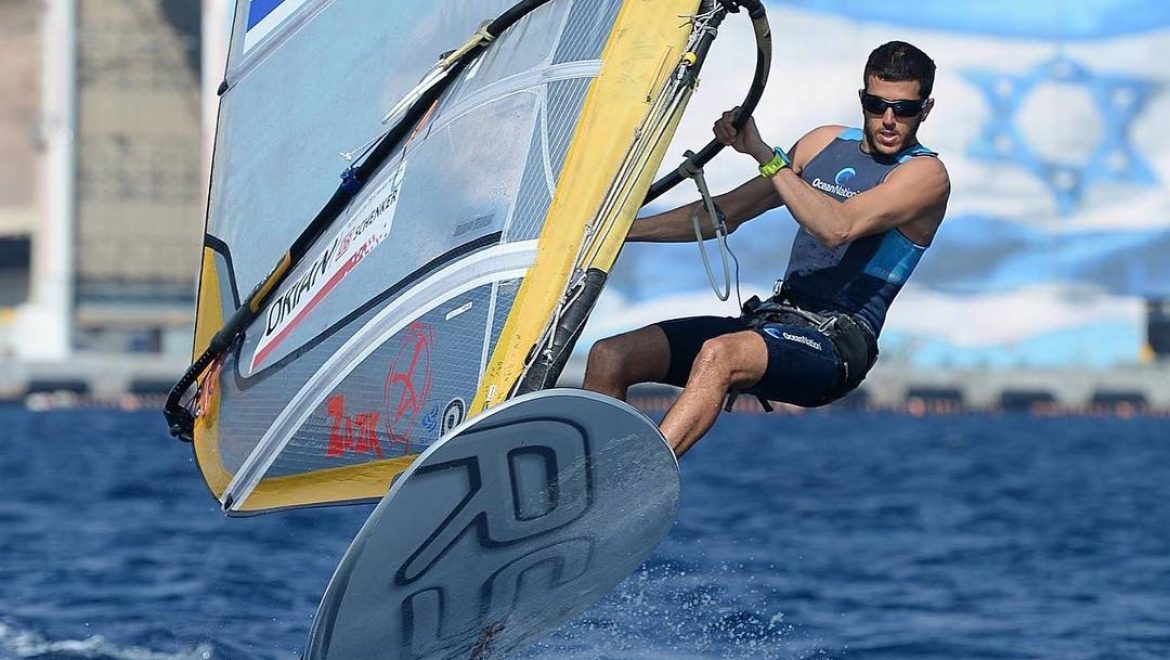 When you choose to be a competitive athlete, one of the most challenging battles that you will ever encounter (whether you like it or not) is the battle between getting the result, and on the other hand, being satisfied and enjoying the ride/road (that you’re currently on).

How can I say it gently?

Living in a competitive world, where the most important thing is looking at the scoreboard and seeing the desired result, this life is not an easy life to live. It’s quite understandable too, because it’s not easy to find peace and enjoyment when you’re measured in the most unforgiving way, based only on results. It’s not easy living with no stress when all eyes are on you, observing you (at all times).

(There is a solution)

Apparently there are some elite athletes, a special few, who have managed to associate between enjoyment and achievement. Those special men and women who have succeeded with breaking records but also succeeded with enjoying the ride/road.

One of them is my friend, olympic medalist in wind-surfing, Shahar tzuberi. This guy knows a thing or two about associating enjoyment and achievement. Shahar is the Israeli champion in wind-surfing, the winner of the bronze medal at the 2008 Olympic Games in Beijing, and also at the 2008 world championships. He is the european champion in 2009 and 2010, and the winner of the gold medal at the 2012 world-cup games. Shahar tzuberi managed to combine his love for the waves with unprecedented achievements.

I invited Shahar to be a guest at my podcast, to sit down with me and talk about these things. We tried to answer the pivotal question, the “catch 22” question of life: Is it possible to break records as an athlete without losing (/while holding to) your inner joy along the way?

Half an hour into our conversation, Shahar revealed a surprising fact, “I had a much more meaningful goal than the olympics”, he said. “For me, getting to the Olympics wasn’t the goal – I wanted to fulfill a much bigger childhood dream”. What was it? I asked. He said: “I wanted to surf the waves of Hawaii”.

Shahar’s goal wasn’t based on the result of winning a medal, but rather it was based on his ability to be in shape and fit, and have the level of execution that was needed to handle the waves of Hawaii. As a kid who grew up in the small town of Eilat Israel, he dreamed that someday he would reach the beaches of Hawaii and ride the waves while he is in top shape and fit. While Shahar’s motive was his striving to improve his capabilities each and every day, he became, along the way, an olympic medalist/ an Olympic caliber athlete.

The way we define winning is most important to our chances for gaining achievement.

In his book “The inner game of tennis”, Tim Galloway, the author challenges us to rethink about the question “What is true victory?”. There’s a bigger game that we were meant to play: it’s not playing for the result, but playing for enjoyment and being satisfied with the road (to the result). When the most important thing is the result then the brain interprets every loss, mistake and setback as failure. On the other hand, when the most important thing is seeking pleasure from the actual search and pursuit of finding/exploring the edges of your limit, then even a loss on the scoreboard is just a temporary event that we can learn from and improve upon, then have the  courage to dare and try again, and have success the next time.

The key for a better life is when we focus on happiness and not the result. In other words, imagine that you were competing at a surfing competition, and you had two options: the first one was to catch the middle waves and probably succeed in most of them. While the other option was to wait for the bigger waves, knowing that the risk of falling over is higher. What would you choose? What is the winning decision in this case? The one who aspires to catch the bigger waves is the true winner. How does that make sense you ask; surely it is more probable to fall over while surfing the higher waves than the lower/middle waves.

Here’s the thing: If I value myself based only on the result, where every mistake equals to a failure, then falling off a big wave might cause a mental collapse. But when I value myself for trying and for having the courage to try, I win big time, even before I start surfing, just because of sheer courage to achieve and pursue a bigger goal. It is only when we face the bigger waves, then we bring-out the best in ourselves and guarantee that we will find/explore the edges of our true potential/real ability. The bigger waves in life are not our obstacles, but rather our best friends, signaling us that it’s time to step up and aspire for more, require more of ourselves.

How is that related to your success as a footballer?

Each and every time you go on the field, remember that the sheer courage toward the destination is the real victory.

Do you have an opportunity to do a one-on-one with an opponent /rival player? Go for it knowing that the actual courage and experience is in itself the victory.

You didn’t pass him over? You are already more experienced from all the other players who played it safe and got rid of the ball just because they didn’t want to make a mistake.

Made a mistake? Got criticized for it?  Remember that having a perfect game is only possible when you’re sitting on the bench (Which means there is no perfect game).

Fill yourself up with enthusiasm and look for your next (positive) action on the field. The opportunity for a successful action is always around the corner.

Don’t focus on having the perfect result, but rather on having self-satisfaction because you explored the limits of your potential. The result is not the (real) parameter that champions seek, but rather they seek happiness and they focus on the way to their (desired) target.

This approach ironically leads them to gain achievements and results much more quickly.