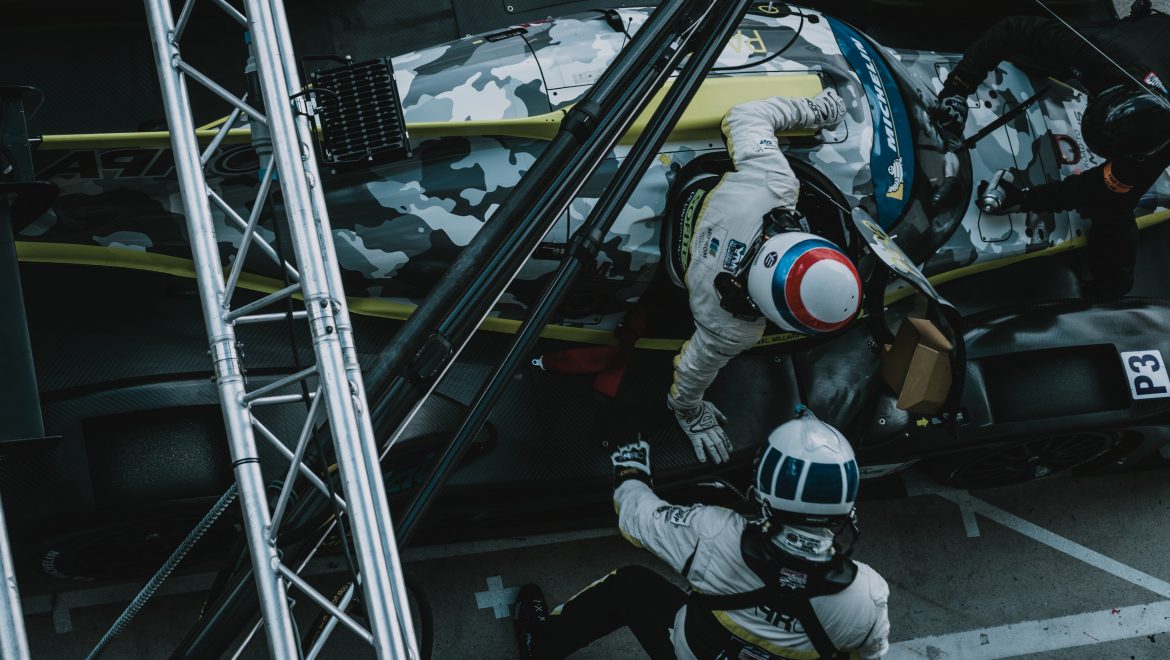 This week I finished watching the fascinating documentary “Formula-1: Drive To Survive”.

What can I say? I’m in love

It’s true, I’m not going to be a Formula-1 driver (despite my wife saying otherwise), but I am going to be the most devoted fan of motor sport, that’s for sure.

This documentary is a joint production of Netflix and Formula-1, it documents all the behind the scenes/backstage of the 2018 season.

Same as in football, Formula-1 has it all: fame, big money, devoted fans, euphoria when you win, hysteria when you lose, smaller teams that are trying to compete with the bigger and richer teams like Mercedes and Ferrari. Those big teams have massive budgets of 500 to 600 million euros. There’s also a lot of ego rivalry and trash talk between the drivers of different teams, and there’s an even bigger rivalry between drivers of the same team, each one competing with the other to be the “top dog”, the one leading driver for the team.

In fact there are only two spots for drivers in each team, which makes the odds of ever becoming a Formula-1 driver close to impossible. All of this makes for a steamy pressure cooker, not suited for the faint-hearted.

While I was watching, I couldn’t stop myself from writing quite a few bullet points to myself. Out of dozens of points, here are the top 3 that grabbed me the most, and now they’re yours:

1. Your championship could be decided by your junior mechanics, remember to nurture all of them.

A little bit of a background, one of the things that determines the final position of each driver is the team’s strategy (and ability) for changing the tires.

Let me take you back to the year 2016, when during the Monaco Grand Prix, it was Daniel Riccardo driving for the “Red Bull” team. He was leading the race, everything was going great, just like clockwork, but then he went inside the pit-stop where the team changes the tires, it’s supposed to take three seconds and that’s it, you’re good to go.

Only that this time things didn’t go as planned, when Riccardo arrived at the pit stop, the team of mechanics fell asleep on the job, they were there but with no tires, it was totally unprofessional and sloppy of them.

Riccardo just waited there helpless. It took ten seconds for the tires to be replaced, seven seconds more than it should have been. Those precious seven seconds cost him and the “Red-Bull” team the lead, their first place position.

Riccardo felt abandoned, the investigation that took place afterwards was heartbreaking. The mechanics who “dropped the ball” took responsibility with tears in their eyes, they felt very guilty but at the same time they said that they have been experiencing tiredness, lack of sleep and tension.

When an entire group is on a journey for achievement, we need to remember that everyone is relying on everyone, even the junior mechanics need to be equipped with mental tools to perform best under pressure conditions. It’s true that it’s only the driver who stands on the podium, but behind him there are hundreds of people helping along the way, and without them there is no team.

It doesn’t matter in which field we’re operating; whether it’s business, sports, education, coaching/training or music, we need to remember that the success of a team relies on people, therefore we need to take care of all of them, especially those that are at the (so called) bottom of the chain.  So it doesn’t matter how senior you are, the principle of the weakest link applies here too. Remember that “you are as strong as your weakest link”.

2. Winning the game first in the mind, and then on the runway.

In one of the episodes we see Esteban Ocon, who is driving for “Force India”. We see him entering the training room which has a device that looks like a simulated car, he then puts his hands on the wheel and closes his eyes. He starts transmitting to himself the entire course/circuit while moving his feet, breaking and accelerating in perfect coordination with the runway, which is engraved in his mind. It’s all happening in his imagination.

Ocon goes on the simulator, closes his eyes and starts going through the race in his mind while he is verbalizing everything that he is doing. He’s saying; “I’m going straight ahead”, “here’s the first turn”, “second turn in 50 meters”, “shifting into gear’’, “accelerating”, “a few bumps”, “breaking”, “third gear”, “long turn left”, “accelerating”, “third gear”, “fourth gear”, “fifth, sixth, seventh”, “straight until the end”. Everything just flows for him like watching a movie that you’ve already seen. Ocon is practicing mental training of the highest levels.

It’s important to say that one of the biggest difficulties for an athlete is training at the same conditions of real competition. However you spin it, training will never be the same as experiencing the pressures of real competition. Here comes the mental training that enables us, through simulating reality training techniques, to experience a future situation even before it ever happened. This enables the driver (in this case) to be familiar with the situation, to train for it, thereby preparing himself to be at ease, feel relaxed, comfortable and natural during this future tense experience.

According to the neuro-muscular theory (mind and muscle connection), during the visualization process, electrical impulses are formed and carried out through the nervous system from the brain to the muscles. These impulses are similar to those you have during motor performance. This leads to greater familiarity with the desired performance because when you visualize, your motor patterns are reinforced and doubled inside the brain, because you’re rehearsing mentally in advance.

Don’t be scared because of the last paragraph, I will explain:

While we are visualizing, we are playing a movie in our mind of the entire situation, as if we are there. We are actually engaging the same areas of the brain that are activated during real performance (despite the fact that we’re sitting statically at home). Every time we visualize a certain result that we want to achieve, we make our brain feel that the result has already happened. Then during the real competition, it’s natural and easier for us to recreate that successful performance that we have visualized before.

What Esteban did was to simulate a real situation in his brain so at the moment of truth, the race itself, the body and mind are already familiarized with the situation, therefore enabling them (body and mind) to be at ease, relax and act comfortably (despite the pressure).

By the way, during that race Riccardo overtakes Fernando Alonso (double world champion in Formula-1) and finishes in the respectable 7th position for the notable small team of “Force India”. At the end of the episode Ocon says: “You need to trust your skill-set, trust your car, and become part of it”.

3. No drama under pressure

There is a recurring scene in this series that repeats itself over and over. From my perspective as a researcher of the psychology of performance, this is pure genius! It needs to be taught in every team. I’m referring to the quality of communication between the Formula-1 driver and his contact person in the control room.

For those of you who don’t know, the Formula-1 driver can have only one person that he can be in direct contact with during the race. The purpose is to assure a clean line of communication, without any distractions, opinions or agendas that could distract the driver.

So what was so fascinating about that?

It was their way of communicating with each other. It wasn’t what they said, but how they were saying it.

I can only describe the style of communication as “communicating without drama”. Whether the engine of the car was about to catch fire and explode, or whether the driver was heading towards a glorious victory while his opponents are right behind him, all that didn’t matter. The style of communication didn’t change and remained the same, with the same intonation; factual, practical, with no commentary. For a moment there you would think that the contact-man has gone through a workshop to conceal his emotions. But if you think about it, professionally speaking, this is exactly what a driver, who is under pressure and in emotional turmoil, needs to hear during race-time, facts and no drama.

When we train people to gain achievement, we need to pay attention that we leave out our agendas, our worries and our pressures at the door/out of bounds. During the pressures of competition we need to lead people with practical facts that contribute to performance, and leave out the commentary and drama outside. If you’re stressed, it doesn’t mean that your client needs to be stressed too, right?

4. This is a young men (and women) world – give them your trust

The Mclaren team acquired a young british driver, who goes by the name of Lando Norris, he’s 18 years old. He’s actually the youngest british driver in all of Formula-1’s history. Despite him being 18, he’s already statistically one of the best young drivers in history. Now more than ever, big companies realize that there’s a lot of value in signing young men full of potential (the value outweighs the risk).

Even Ferrari, one of the biggest teams, has signed the promising young driver Charles Leclerc. “This is a young man’s world” is not merely a slogan, it’s a strategy for the success of the bold.

5. Play until the end, all the way through, it’s not over until it’s over.

Time and again we are witnessing races that were going one way but all of a sudden everything changed toward the end. The cars that were leading the race had to retire out of the race due to engine problems, lack of concentration, collisions or the driver collapsing under pressure.

My message to you is this,

In Formula-1, just like in life, everything can change in an instant, play all the way through, until the end.

How can we take this (and apply it) to our lives: